Fan Noli and the Albanian Conscience
By: Arthur E. Liolin

Fan Noli was a man for all seasons who dedicated his life and applied prodigious talents and consummate skills in service of the Albanian people.

In religion and literature, in statecraft, in Journalism, in scholarly studies and in music, he sought to give his long-enslaved people a firm grounding in the rediscovery of their national identity after centuries of suppression and cultural assimilation. To this end, he focused his intellectual and spiritual energies with unusual verve and boundless energy wherever he saw a vital need, for he knew well the biblical admonition: “without a vision, the people perish"

Piece by piece, his life's work constituted a single effort at nation-building bound by a quest for a national conscience. I use the term conscience purposefully, in order to distinguish this societal formation from pernicious xenophobias which threaten many nations today as they face the next century. At its core, Noli's quest was one which binds and relates and not one which divides or excludes. Let us look at some of its facets.

Orthodox Albanians faced pernicious obstacles in securing a national church in their own language, a struggle full of martyrdom and sacrifice. Thus, first as priest in 1908 and later as bishop, he laid the foundation for an indigenous church by his translation and publication of critical service books and by inspiring the Proclamation of its Autocephaly in 1922. For this, he has been called, after St. Paul, Second Apostle of the Albanians. And for this reason, the support he received from Muslims, Catholics, Protestants, Jews, as well as Orthodox Christians and even non-believers was an expression of cross-cultural cooperation before it became a standard for multi-cultural societies.

At the turn of the century and following its independence in 1912, Albania was without a national archive. Like a good father, Noli systematically proceeded to translate the masterworks of the world’s great authors and poets into Albanian, adding his own original works which have since inspired his intellectual progeny to think, compose, write and create in their own unique idiom. Cosmopolitan breadth, patriotic favor, ideological irony and homespun tales characterized his language as he wrestled with his own strident individuality and adherence to principles. In his works, the wrenching power of his personal struggles, doubts, and epiphanies give his writing a cathartic authenticity: hallmark of an honest man.

Less than a century ago, places inhabited by the Albanian people for millenia were still unclarified parts of other empires and geopolitical configurations. It is common knowledge that half of Albania’s population today resides outside its immediate borders. Many are cruelly denied their basic human and civic rights of assembly and expression. Since Albania had become a corridor for migrating tribes and invading armies, her inhabitants reflected diverse and often competing cultures. Still, this ancient people remain compact and essentially homogeneous to this day.

As founder of the Pan-Albanian Federation of America (Vatra) and editor of the newspaper Dielli, Noli travelled from 1909 through 1919 to countries where Albanians were permitted to organize in ways denied them in their autochthonous regions. The United States of America was one of those welcoming places. There, he earned the respect of President Woodrow Wilson in 1917 and represented Albania in Geneva in 1920 securing the fledgling country’s admission to the League of Nations. Winning the admiration of his colleagues and the gratitude of his newly conscious compatriots, he had served as a member of parliament, Minister of Foreign Affairs and as Premier in a diplomatic career which alone could have occupied a lifetime.

Another emblem of his drive, forbearance and conscience occurred after his political exile in 1925, when he devoted his life to his church, to scholarly pursuits and expanding his literary output. Albanian music -springing from ancient themes on antiquated instruments- was still localized and confined to remote village rituals. So, Noli went to the New England Conservatory to learn of yet another field. Composing an Albanian rhapsody, the Byzantine Overture, he gave his people a clue that what was done by others could be done by themselves. If he could do it, so could they: a lesson in empowerment. For this, he is one of his country’s primary role models.

In the United States, he had studied history and political science at Harvard (1909-1912) and later at Boston University, striving to transport the spirit of American democracy and urbanity to the land of his ancestry, culminating in his attempts at agrarian reform in the government of 1924. Albania was then a land hampered by ferocious obstacles to change: economic impoverishment, a feudal mentality, primitive clan loyalties, few allies and rapacious adversaries. His was a bold initiative that even today, leaves us breathless by its audacity and scope.

Most significantly, his cabinet and supporters reflected Albania’s regional and religious diversity, an unusual feature for the times and is testimony to the tolerance and magnanimity of all the leaders of the Albanian national awakening. Through it all, many have claimed the Noli legacy for their own interests and ends, but no one ever owned him. 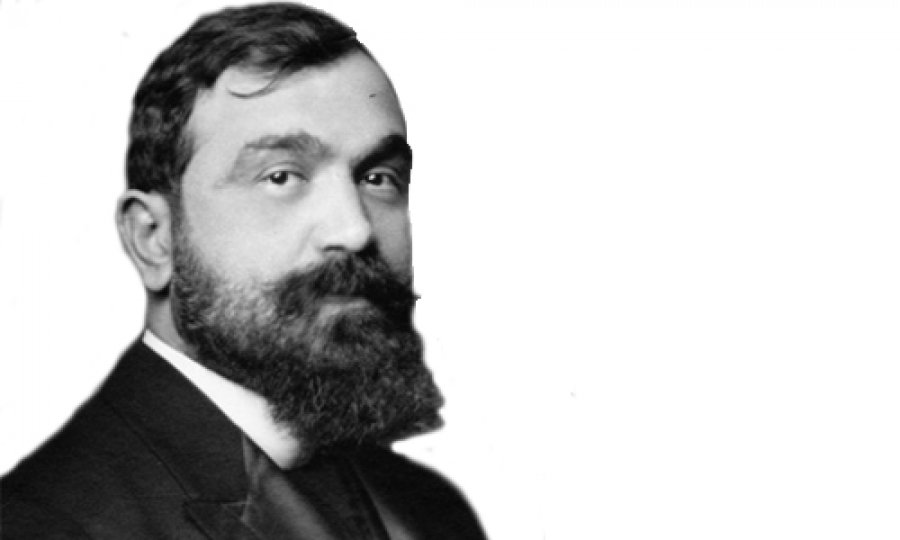 No doubt there were inner contradictions in this elementary experiment in freedom and enlightened governance. The political reality of the times, lack of appropriate educational underpinnings, his ambivalence in quickly establishing a constitutional base, his sole reliance on diplomatic skills and numerous external pressures were all inherent flaws to immediate success. Time was needed and time he did not have.

Nonetheless, the government of 1924 was a beginning: a brief, bright Spring which even today inspires the hearts and minds of all who aspire for a free, democratic, prosperous and egalitarian Albania, self-confident yet fully prepared to cooperate with the honorable neighbors of the religion, on its continent and in the world. …An Albania cognizant of its valued patrimony, yet protective of universal principles of justice. …An Albania, eager to fulfill its economic potential, yet sensitive to the dangers of human greed, exploitation and ecological irresponsibility. …An Albania guided by the initiative of a capable and credible leadership, yet accountable to its parliament and electorate. …An Albania, which welcomes religious freedom and diversity, yet is abhorrent of exclusive fanaticisms. …An Albania, which unleashes the talents and dreams of its vibrant citizenry, yet provides the time-tested parameters constitutional law and international covenant.

But this worthy goal has its exacting price. With liberty also comes duty. With national pride must come responsibility. With desire for land and personal possessions must come generosity and personal pursuits ought to correspond to the common welfare.

In the end these are matters of honesty and justice, of mercy, of bravery and hospitality. They are questions of ethics and of morals which constitute the conscience of a nation and its people. All lasting democratic systems of government are based on this illusive, necessary component. Noli knew this and it is what he strived to cultivate in all the areas cited above.

The Republic of Albania today, its executive leadership and its judiciary, its citizens and its diaspora, its clergy and farmers, its miners and teachers, its entrepreneurs and its physicians, its military and its intellectuals, its majority and its minority owe their children, future generations and themselves the chance to fulfill their potentials with freedom, with security and with honor.

To be sure, Albania’s new democratic reality today is yet to be fully perceived, fully absorbed, fully implemented. It is also clear that this process begun just a few years ago shall not be denied. Too many have suffered dehumanization, manipulation, subterfuge through a lack of it. Despite the expected tests and challenges of the country’s conscience and will, hopeful signs for a better future are there as once again the Albanian people attempt to overcome awesome odds to realize their rightful place in this world.

Noli’s government of 1924, was the first instance and shall always retain a hallowed place as the harbinger of the democratic ideal in Albania. For this, Fan Stylian Noli will be remembered not only for voluminous works and auspicious efforts on behalf of one country’s national interest. Noli is remembered today because he helped lay the broad foundations of a national purpose based on the cultivation and appreciation of what is valued by all humankind. In so doing he honored himself, his people and his God.