Fan Noli was buried at the Forest Hills Cemetery in Boston, MA.

Founder of The Albanian Orthodox Church in America (1908) 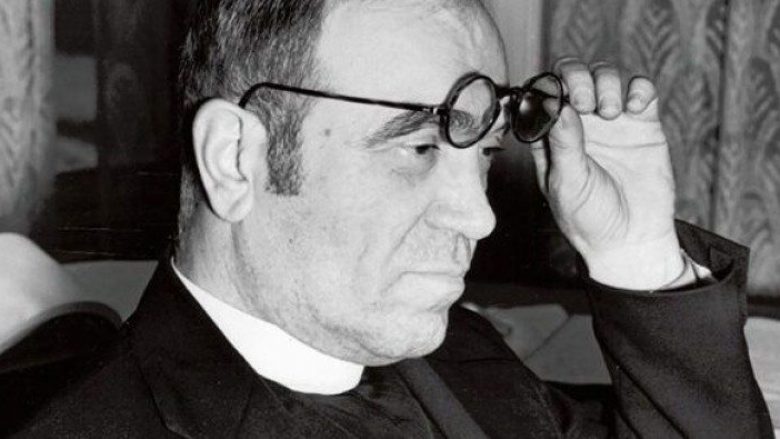 Theofan Stilian Noli, known as Fan Noli (6 January 1882 – 13 March 1965) was an Albanian writer, scholar, diplomat, politician, historian, orator and founder of the Orthodox Church of Albania, who served as Prime Minister and regent of Albania in 1924 during the June Revolution.

Fan Noli is venerated in Albania as a champion of literature, history, theology, diplomacy, journalism, music and national unity.  The branch of the Albanian Orthodox Church that he had governed eventually became the Albanian Archdiocese of the Orthodox Church in America.

He also composed a one-movement symphony called Scanderbeg in 1947. Toward the end of his life, Noli retired to Fort Lauderdale, Florida, where he died in 1965.

He was ordained a priest in 1908, establishing thereby the Albanian Church and elevating the Albanian language to ecclesiastic use. He briefly resided in Albania after the 1912 declaration of independence. After World War I, Noli led the diplomatic efforts for the reunification of Albania and received the support of US President Woodrow Wilson. Later he pursued a diplomatic-political career in Albania, successfully leading the Albanian bid for membership in the League of Nations.

A respected figure who remained critical of corruption and injustice in the Albanian government, Fan Noli was asked to lead the 1924 June Revolution. He then served as prime minister until his revolutionary government was overthrown by Ahmet Zogu. He was exiled to Italy and permanently settled in the United States in the 1930s, acquiring US citizenship and agreeing to end his political involvement. He spent the rest of his life as an academician, religious leader and writer. 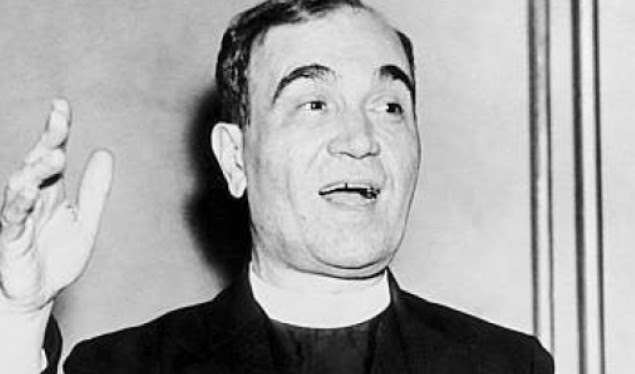 In 1908, Noli began studying at Harvard, completing his Bachelor of Arts degree in 1912. During April 1912 Vatra (Hearth) an Albanian American diaspora organisation was founded with Noli and Faik Konica serving as its leaders and advocating for Albanian sociopolitical self determination with the Ottoman Empire. He returned to Europe to promote Albanian independence, setting foot in Albania for the first time in 1913. Noli returned to the United States during World War I, serving as head of the Vatra organization, which effectively made him leader of the Albanian diaspora.

His diplomatic efforts in the United States and Geneva won the support of President Woodrow Wilson for an independent Albania and, in 1920, earned the new nation membership in the fledgling League of Nations. Though Albania had already declared its independence in 1912, membership in the League of Nations provided the country with the international recognition it had failed to obtain until then. 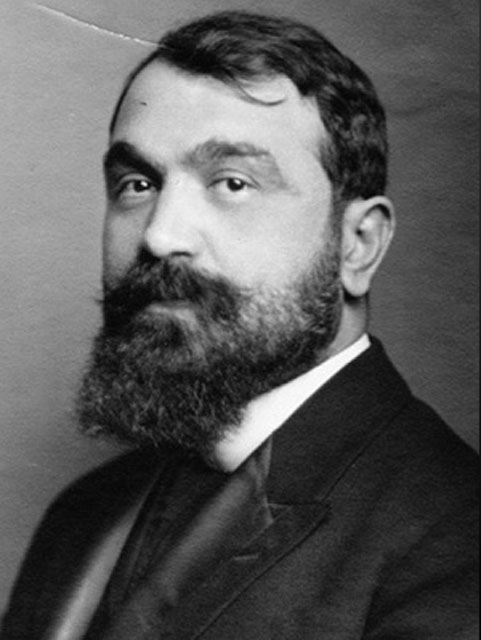 In Boston, some Albanian Christians were part of the Greek Orthodox Church, which was vehemently opposed to the Albanian nationalist cause. When a Greek Orthodox priest refused to perform the burial rites for Kristaq Dishnica, a member of the Orthodox Albanian community from Hudson, Massachusetts because of his nationalist activities, Noli and a group of Albanian nationalists in New England created the independent Albanian Orthodox Church. Noli, the new church’s first clergyman, was ordained as a priest in 1908 by Archbishop Platon (Rozhdestvensky) of the Russian Church in the United States under questionable circumstances.

Through the creation of an independent church and Noli translating liturgy into Albanian, he hoped to diminish Greek influence in the church and counter Greek irredentism. Noli was a supporter of Albanian unity transcending Muslim and Christian religions and considered it important for those faiths to be practiced in Albanian and staffed by local Albanian clergy and not foreigners. 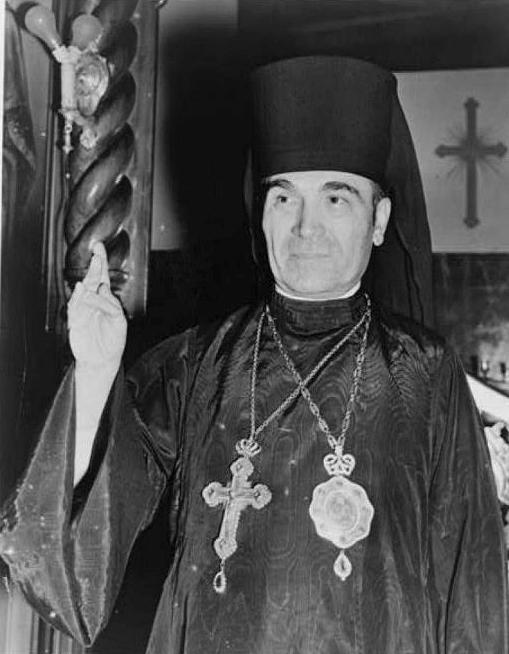 Despite his efforts to reform the country, Noli’s “Twenty Point Program" was unpopular, and his government was overthrown by groups loyal to Zogu on Christmas Eve of that year. Two weeks later, Zogu returned to Albania, and Noli fled to Italy under sentence of death.

Conscious of his fragile position, Zogu took drastic measures to consolidate his reassert in power. By the end of winter, two of the main leaders of the opposition, Bajram Curri and Luigj Gurakuqi, were assassinated, while others were imprisoned. Noli founded the “National Revolutionary Committee" (Albanian: Komiteti Nacional Revolucionar) also known as KONARE in Vienna. The committee published the periodical called “National Freedom" (Albanian: Liria Kombëtare). Some of the early Albanian communists as Halim Xhelo or Riza Cerova would start their publishing activities here. The committee aimed in overthrowing Zogu and his cast and restoring democracy. Despite the efforts, the committee’s access and influence in Albania would be limited. With the intervention of Kosta Boshnjaku, an old communist and KONARE member, the organization would receive unconditioned monetary support from the Comintern. Also Noli and Boshnjaku would make possible for exile members of the Committee for the National Defence of Kosovo (outlawed by Zogu) to get the same financial support.

In 1928, KONARE changed its name to “Committee of National Liberation" (Albanian: Komiteti i Çlirimit Kombëtar). Meanwhile, in Albania, after three years of republican regime, the “National Council" declared Albania a Constitutional Monarchy, and Ahmet Zogu became king. Noli moved back to the United States in 1932 and formed a republican opposition to Zogu, who had since proclaimed himself “King Zog I". Over the next years, he continued his education, studying and later teaching Byzantine music, and continued developing and promoting the autocephalous Albanian Orthodox Church he had helped to found. While in exile, he briefly allied with King Zog, who fled Albania before the invading Italians in 1939, but was unable to set a firm anti-Axis, anti-Communist front.

After the war, Noli established some ties with the communist government of Enver Hoxha, which seized power in 1944. He unsuccessfully urged the U.S. government to recognize the regime, but Hoxha’s increasing persecution of all religions prevented Noli’s church from maintaining ties with the Orthodox hierarchy in Albania. Despite the Hoxha regime’s anticlerical bent, Noli’s ardent Albanian nationalism brought the bishop to the attention of the U.S. Federal Bureau of Investigation. The FBI’s Boston office kept the bishop under investigation for more than a decade with no final outcome to the probe.

In 1945, Fan S. Noli received a doctor’s degree (Ph. D) in history from Boston University, writing a dissertation on Skanderbeg. In the meantime, he also conducted research at Boston University Music Department, publishing a biography on Ludwig van Beethoven. He also composed a one-movement symphony called Scanderbeg in 1947. Toward the end of his life, Noli retired to Fort Lauderdale, Florida, where he died in 1965. The branch of the Albanian Orthodox Church that he had governed eventually became the Albanian Archdiocese of the Orthodox Church in America. 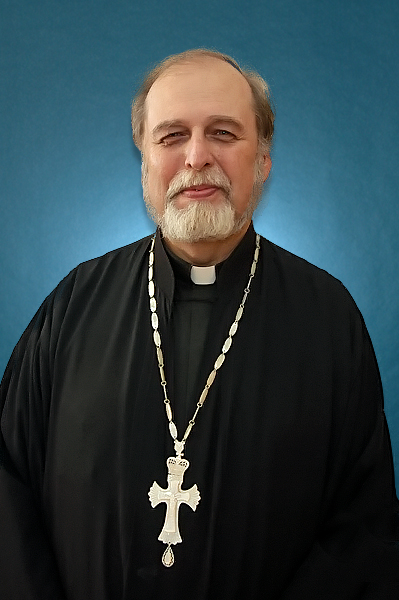 “Fan Noli was a man for all seasons who dedicated his life and applied prodigious talents and consummate skills in service of the Albanian people. In religion and literature, in statecraft, in Journalism, in scholarly studies and in music, he sought to give his long-enslaved people a firm grounding in the rediscovery of their national identity after centuries of suppression and cultural assimilation."